Queen’s Oak dances are based on the Border Morris traditions of the west of England, recorded, sifted and reinvented by various pioneers: honorary mentions to E.C Cawte and John Kirkpatrick.

In common, we suspect, with most sides who dance border morris, our collection of dances is a mixture of ‘traditional’ and ‘made up’ stuff. The traditional things are culled both from notation and from interpretations by other sides. The ‘made up’ things are dances which we have, as Sid Kipper would put it, ‘remembered’. We have also remembered some dances which were originally remembered by other sides. In short, it’s all pretty much as we want to dance, with a nod to the tradition but without being hung up on it.

The dances are vigorous, reliant on fast flowing figures and stick clashing for their impact, with uncomplicated stepping (a single step-hop, a 1-2-3-hop or occasionally a step-hop, step-hop, 1-2-3 hop). The handkerchief dances from Pershore and Upton-Upon-Severn have been in the repertoire but these days our own ‘Harvington Hanky’ is the only flappy one on the books. Over the years thirty three dances have passed through the Queens Oak repertoire, of which fourteen are traditional and nineteen ‘remembered’.

At any one time the working repertoire will consist of a dozen or more dances which gives us scope to perform different programmes according to the number of dancers present and the space available.

Wikipedia article here
Roy Dommet’s notes on Border Morris posted by Nigel Sparks can found here.
An informative essay on Border Morris (originally from Andy Anderson’s web pages as a transcription of his pamphlet for the Morris Federation) is to be found here. 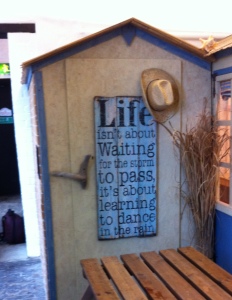 The Website of the Queen's Oak Border Morris Side